SO after hooking up my Nintendo Wii, I added a couple Wii Friends and set my Mii characters to mingle. Unfortunately, no one’s been mingling. I’m not sure they set their Wii settings correctly so we’ll have to trouble shoot to find out why they aren’t mingling. If anyone else is having trouble, just follow these instructions.

Mii Parade
Visiting friends’ Miis will gather in your Wii console’s Mii Parade. You can then port those Miis over to your Mii Plaza, allowing you to use them in Mii-compatible games. In order for a friend’s Mii to make it’s way to your Mii Parade, the following requirements must be met:

* The individual Mii’s profile is set to “Mingle” (how to).
* There are two ways for Miis to travel to other Wii consoles:
o Store your Mii to a Wii Remote (how to) and bring it over to a friend’s house and use it on their Wii console.
o With WiiConnect24 enabled and your Wii Console connected to the internet, Miis will transfer to a friend’s Wii console if you have both registered each other’s Wii console in your own Address Book (how to). 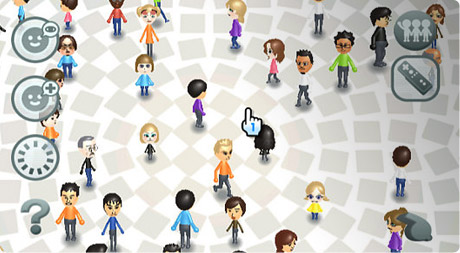 As for me (not Mii) I have been enjoying my Nintendo Wii quite a bit. The Wii Sports and Wii Fit are just what I wanted them to be and are challenging me to be more active. We picked up a couple of discounted games a few weeks back but they aren’t as good as I hoped. then again, they are more party games than individual games. There are a couple of games I want to add to our collection but I need to keep my spending low for now so I’ll wait and look for sales.

are on the top of my list. I picked up Ghost Squad

for $15 at Costco this past weekend. It may not be the best game ever but it does the trick. I enjoy unlocking the different “paths” and extra uniforms and weapons. So far I have 4 weapons and 4 uniforms including the Cop Uniform. I’ve unlocked the Ninja Mode and Paradise Mode as well.

I still need to get a second Wii Remote Controller

. We also have Guitar Hero III: Legends of Rock

but need a least one Wii Les Paul Wireless Guitar

Here’s hoping Father’s Day is very good to me this year.

One thought on “Wii Mingle”