The World, Brave New or End of

The other day, Gil, from the InkTank forums shared something he found on the LHC (Large Hadron Collider). If your not familiar with what that is, here’s the basics: 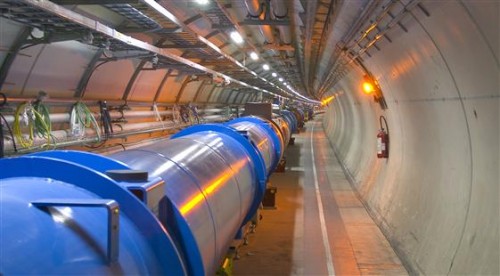 The Large Hadron Collider (LHC) is a gigantic scientific instrument near Geneva, where it spans the border between Switzerland and France about 100 m underground. It is a particle accelerator used by physicists to study the smallest known particles ? the fundamental building blocks of all things.

Two beams of subatomic particles called ‘hadrons’ ? either protons or lead ions ? will travel in opposite directions inside the circular accelerator, gaining energy with every lap. Physicists will use the LHC to recreate the conditions just after the Big Bang, by colliding the two beams head-on at very high energy. Teams of physicists from around the world will analyse the particles created in the collisions using special detectors in a number of experiments dedicated to the LHC.

I wasn’t concerned until I saw this photo.

They’re waiting for you Gordon, in the test chamber.

Until its debut in September, and possibly for the entire lifespan of the LHC, rumors of its doomsday potential are likely to persist, fueled by reports of its unprecedented power and potential. Physicists have pointed out that the microscopic black holes the collider could generate would disappear almost instantly, without wreaking any havoc on the accelerator or the rest of world. But for anyone convinced that the LHC?s impending activation is a countdown to doomsday, the hand-wringing should commence this weekend, when the accelerator will host its first actual particle beam.

While the possibility exists that this will destroy the world, it’s “infinitesimally small?. Legal challenges have sought to halt it, and these have been more widely reported this week than the project itself.

The builders of the world’s biggest particle collider are being sued in federal court over fears that the experiment might create globe-gobbling black holes or never-before-seen strains of matter that would destroy the planet.

Representatives at Fermilab in Illinois and at Europe’s CERN laboratory, two of the defendants in the case, say there’s no chance that the Large Hadron Collider would cause such cosmic catastrophes. Nevertheless, they’re bracing to defend themselves in the courtroom as well as the court of public opinion.

The Large Hadron Collider, or LHC, is due for startup Wednesday, September 10th. It’s expected to tackle some of the deepest questions in science: Is the foundation of modern physics right or wrong? What existed during the very first moment of the universe’s existence? Why do some particles have mass while others don’t? What is the nature of dark matter? Are there extra dimensions of space out there that we haven’t yet detected? 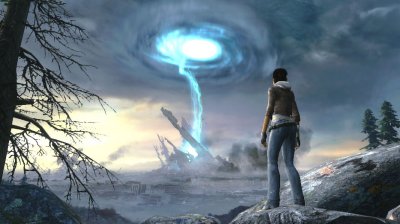 A particle accelerator (or atom smasher) is a device that uses electric fields to propel electrically-charged particles to high speeds and to contain them. An ordinary CRT television set is a simple form of accelerator. There are two basic types: linear accelerators and circular accelerators.

Here’s video from the test firing of the Large Hadron Collider.

2 thoughts on “The World, Brave New or End of”