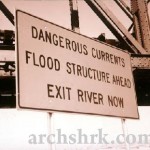 Frank Turk of … and his ministers a flame of fire recently wrote a series of posts regarding the issue of leaving the local church. The series is in response to John MacArthur’s post: When Should People Leave Their Church? which begins…

Leaving a church is not something that should be done lightly. Too many people abandon churches for petty reasons. Disagreements over simple matters of preference are never a good reason to withdraw from a sound, Bible-believing church. Christians are commanded to respect, honor, and obey those whom God has placed in positions of leadership in the church (Heb. 13:7,17). However, there are times when it becomes necessary to leave a church for the sake of one’s own conscience, or out of a duty to obey God rather than men.

It’s the However part that gets Frank rolling and I think it would benefit all of you to read the MacArthur post, then read Frank’s entire series (including comments) before you consider leaving a local church. It has convicted me and I think it will do the same for you. Some scripture you should read in regards to this issue are listed below: