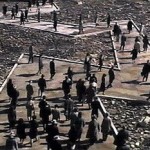 To help put this story in perspective, I was laid off on Jan 10th, 2011 – a Monday. I spent the first couple days enjoying time with my family and clearing my head then went up to visit my folks for an extended weekend. When I came back, I started the job hunt in full force.

As we all know, the economy sucks so there isn’t a lot of work out there for most industries and architecture is one of those hit hard that nobody seems to talk about. And it affects a lot of people. When money is tight, clients don’t typically spend money on new buildings or remodels or expansions, etc. This not only affects architects but all the usual consultants – civil, structural, mechanical, electrical and plumbing (plus specialty consultant). Contractors also suffer since a lack of construction documents means a lack of construction and construction money is usually the fastest way to get money into the local economy (just saying). 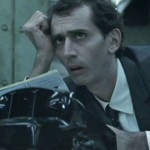 Back to my story…since there wasn’t a lot of job openings, I scoured the internet looking for positions in the San Diego area (Craigslist was a big help here). I responded to any listing that remotely looked promising figuring that even if it wasn’t a perfect fit, at least I was in the door. Some jobs were above my experience and some were below my experience but if it was close, I would adapt. I also looked at virtually every firm’s website in the area to see if they had job listings. Most didn’t but many of them said something like “We’re always looking, so send us your resume” which I did – a lot.

After a couple of weeks of that, Julia and I figured we should consider work outside of San Diego because God could be calling us to move. We started including Seattle and Portland but eventually expanded to include Sacramento, Denver and some other northwestern areas. Sorry, but Los Angeles and Phoenix just weren’t in the list for consideration.

I managed to get an interview with a local firm that seemed promising but a week later they reconsidered hiring anybody as their workload had shifted enough to meet their schedules with the staff on hand – their loss and ANOVA’s gain. 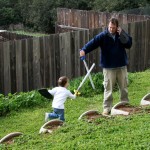 I sent Anova my resume on Feb 9th and they responded (via email) on Feb 11th. They called to talk to me on Feb 16th saying I was in the top 10 of 100+ applicants and if I’m going to be in the Sacramento area, I should let them know so they can set up a meeting. The next day, they called me back to schedule an interview. So I bought a ticket and flew up to Sacramento on Feb 24th for my interview – which went great (obviously) as well as to spend a little time with our old friends in the area (also great). On March 1st, they formally offered me the position which started March 7th – in Salt Lake City, Utah.

But that’s another story…