More than your thumbs: Bust a PSmove

Looks like Sony and Microsoft are jumping on the ‘get off the couch’ bandwagon. 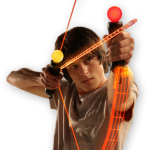 The PlayStation? Move consists of three different accessories: A main motion sensing controller, with vibration feedback as well as visual feedback through a RGB LED sphere. A sub-controller with joystick, directional arrows and extra buttons. The PlayStation Eye also gets dusted off for extra full body motion detection. Look for these in stores in late 2010. Expect at least half a dozen specialized launch games as well being a viable controller setup for a few older titles. 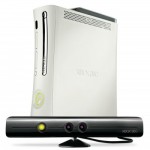 Microsoft is going for a controller-less control scheme with Project Natal. Exact technology specs are vague and full of rumors. It’s not an optical camera, that much is for sure. It’s said to have ?advanced gesture recognition, facial recognition and voice recognition? as well as skeletal mapping. Various 3D sensor systems are capable of this kind of tracking ? Microsoft will only go as far as saying which ones it isn’t using. Like the PSMove it’s aiming for late 2010, unlike it ? backwards patching older games isn’t as feasible. According to the concept video, you still might get to sit down for a few games.

One thought on “More than your thumbs: Bust a PSmove”

I lost my mind to Minecraft