Christmas music is a serious matter. A good Christmas song can last the ages – so can a bad one (see Star Wars Christmas). One of my favorite albums is Edge of Christmas which includes Fairytale Of New York by The Pogues plus songs by The Cocteau Twins, The Payolas and Kate Bush among others. I?ve also grown fond of Songs for Christmas by Sufjan Stevens. My wife has been enjoying Wintersong by Sarah McLachlan. 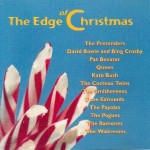 What makes The Edge of Christmas stand out is its eclectic range of songs and artists. Most of the songs have a little kick to them and can really get your feet moving but what they don?t do is bore you to tears with a slow tempo and the same old, same-old. From Bing Crosby and David Bowie crooning ?Peace on Earth/Little Drummer Boy? to ?Please Come Home for Christmas? by Pat Benatar there are enough familiar songs to feel at home but is mixed with off the beaten path songs like ?Winter Wonderland? by the Cocteau Twins and the Pogues? ?Fairytale in New York? ? a scruffy gem of a song. That fits well with the Waitresses? campy classic ?Christmas Wrapping.?. Overall, this album will add some flair to your holiday collection and is great for any Christmas parties you have planned. 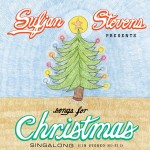 If you?re looking for something truly unique, I would recommend Songs for Christmas by Sufjan Stevens. In December 2001, Stevens set out to create a Christmas gift for his friends and family. The result was a seven-song recording that he called ?Noel Vol. 1?. Over the next several years, he created new EPs to add to the collection. This 5-CD box set includes all five volumes, plus a 42-page booklet with an original Christmas essay by acclaimed American novelist Ricky Moody, two essays, a short story by Stevens, a holiday sticker, chord charts, lyrics, comic strip, family portrait poster, photos, and an animated video.

There are traditional Christmas songs on here (both Christian and secular), Christian hymns, and even original songs by Mr. Stevens. Trying to describe Stevens? musical style is a little tricky. The best I can do is say it tends toward folk/rock but what it really does is capture the soulful side of our Christmas spirit and banish what Stevens calls “That Creepy Christmas Feeling”. 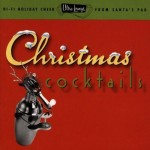 Ultra-Lounge Christmas Cocktails is a fitting title for my final selection as it’s everything you imagine 50’s and 60’s “adult pop” to be and is a perfect martini-and-mistletoe combo. Christmas Cocktails is a bit more traditional but more in a Dean Martin kind of way than you’re used to. A handful of instrumental big-band numbers and more than a few quirky cheesy classics, fill this album making it ?garishly retro and naughtily nostalgic? and one of my favorites. From Peggy Lee and Julie London to Lou Rawls and Nat ?King? Cole, Christmas Cocktails covers all the best in nostalgic and occasionally campy holiday fare. Perfect for that “no-kids-allowed” holiday party where entertaining & injecting “kitschy” ambiance into your holiday festivities is a must. Be sure to check out Rudolph, the Red-Nosed Reindeer Mambo and I?d Like You for Christmas. For best results, mix Volumes 1,2 and 3 with the other albums mentions, throw in a little Wintersong by Sarah McLachlan and your favorite Christmas movies and you’re have a wonderful Holiday season.

Come Thou Fount Of Every Blessing

A Pirate’s Life For Me (Yo Ho)