Why I dropped Google Buzz

Google and I have a love/hate relationship. I love its spam stopping capabilities and threaded emails but then there was Tip Jar, Google China and Emoticons. Not to mention the hotly debated EOM.

Now Google offers it’s latest service – Google Buzz. On the surface this sounds like a harmless tool that is intended to compete with or at least respond to the popularity of Twitter and Facebook. I don’t use any social networking tool/site (other than LinkedIn) but I thought I’d give this a shot. After all it was integrated into my Gmail and didn’t even require any setting up to get started. And that’s where we have a problem. 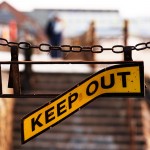 As of now, Google’s algorithm just picks people out of your email box for you to follow and be followed by, regardless of whether they are friends, spouses, mistresses, stalkers, or enemies.

Worse, the list of your followers and followees is made public by default, so anyone can see it.

Put simply, Google just let the whole world peek into your email Inbox, without ever asking you if you wanted it to do that.
– Henry Blodget 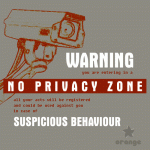 I use my private Gmail account to email my boyfriend and my mother. There’s a BIG drop-off between them and my other “most frequent” contacts. You know who my third most frequent contact is. My abusive ex-husband.

Which is why it’s SO EXCITING, Google, that you AUTOMATICALLY allowed all my most frequent contacts access to my Reader, including all the comments I’ve made on Reader items, usually shared with my boyfriend, who I had NO REASON to hide my current location or workplace from, and never did.
– Harriet Jacobs

Whether you call it a huge privacy flaw or just an annoyance, Google Buzz can put the contacts you automatically follow?a.k.a. those you most frequently email or chat?on a public profile page. Here’s how to undo that. Want Google Buzz gone entirely? Log into Gmail, then look at the bottom of your inbox page for a “Turn off Buzz” link.

One thought on “Why I dropped Google Buzz”