I should have posted this last month when it happened but things just seemed to get away from me (as things often do – silly things). As you may recall, I’m working towards my Architectural License and had my California Supplemental Exam (CSE – aka my Orals) last month. What I didn’t tell you was how it went.

If you didn’t read the back story then let me give you the recap. My scheduled exam time was 2:40 but with signing in and the 20 minute review period, I needed to be in Walnut Creek by 2pm. Prices and budget being what they are, I opted to fly in to San Fran in the morning, take the BART train to Walnut Creek, meet my good friend Sam for lunch, take my exam (ace it) and fly home that night. 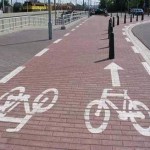 Planning: Its how you know you’re not in control

Now due to my wonderful use of foreshadowing, and everyone’s understanding of Murphy’s Law, you can probably already guess things didn’t quite work out the way I planned. I decided on a 9:00 AM flight would be a good idea. So here’s the plan, my flight (Southwest flight 1326) arrives at 10:25 AM and the BART is about a 30-min. ride. Factor in travel delays and getting onto the BART itself…I figure that I’ll arrive at the Walnut Creek station around 11:30am. Since the station is across the street from the hotel where the exam is being held, I’ll have plenty of time to have lunch with Sam before I have to sign in for the exam (around 2pm). 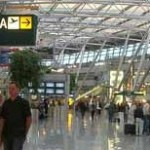 The day starts off great. We wake up in time, eat breakfast, get Corbin ready and then Julia drops me off at the airport with plenty of time to catch my flight. That’s where my plans cease to go “as planned”.

When flying Southwest Airlines, a 9am flight means you start to board around 8:45. So I study my material until about 8:40 when they announce that “due to air traffic control problems, my flight will be delayed 1-hour” WHAT! oh-man. OK, wait. That’s OK, I built-in enough of a cushion so instead of arriving at 10:25, I’ll arrive at 11:25, 30-min. on the BART and I’m in Walnut Creek at say…12:30. Still good. I’m still a little anxious but calm enough to not “wig-out”. Eventually we start to board.

I’m in the second round of boarding (South West uses open seating) so I figure I’ll have to suck it up and sit in a seat designed for someone 5’8″, 150 lbs. (not someone 6’4″ 280lbs) but I’m in luck as there is a seat open on the exit row (extra leg room). Most of the flight was quite with me reading my study material , then the in-flight magazine, then staring into space… 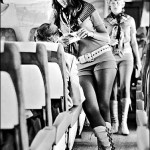 I eventually chatted with the woman next to me who, it turns out, is also scheduled to fly back that night on the same flight as me but because of the delay, she may switch to the later flight. I’m glad I started talking to this woman because despite leaving San Diego 1-hour later than scheduled, we don’t get to land only 1-hour later. The Air Traffic Control problems that delayed my flight had not entirely cleared up (aka fog) and had created a slight back-up of flights. I’ve never been in a holding pattern before but it’s interesting to watch another plane circle around a dozen times with you.

Eventually, we land and deboard. It’s now closer to 12:30 and I still need to make my way to the BART station. Hop onto the tram from the airport to the station (15 min), wait for the BART train (5 min), wait for the BART to start moving (15 min). Now its after 1:00. Here’s where it gets interesting. The BART train does not take 30 min. as the schedule would suggest. It’s closer to 1-hour. 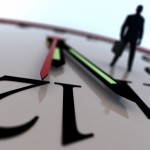 I wasn’t nervous. Maybe I was a little bit “concerned” but that’s not the same thing. Unfortunately, I can’t do anything about the BART and I don’t know that it will take longer than I planned, but I can see from the stops we make and the route map on the wall that it’s going to be close. Very close.

Almost too close in fact. I arrive at my stop, quickly make my way to the street level and guess which way the hotel is since I can’t see it from where I stand. Luckily, I guessed right and go straight to the sign-in table. It is now 2:20. The fixed 20-min review period started at 2:10 and the actual exam starts at 2:40. I only get about 6 min. of review before they move us to the next room to wait our turn. Technically, I made it. But not the way I planned.

I felt ready to take the oral exam. I knew my stuff pretty well and was eager to put this behind me. The first question was pretty tough – and then it went down hill from there. It was like they were speaking a different language. 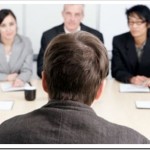 They simply read a series of questions (around 30 total) but each one was multi-part. “Name three building systems and two ways each is affected by global warming“. Most of the questions seemed to ask about parts of architecture that I understood completely differently. “What is the snow load of a water based floor system?” – WHAT?! And the questions I truly understood (like ADA issues) they asked me to explain my answer more because I took for granted that an accessible ramp is 1:12, so I would have to actually say 1:12 ramp instead of accessible ramp.

So I manage to get through the exam, having to ask them to repeat nearly every question, more than once. But they were nice, they wanted to help me answer correctly but they can only do so much. For example, if I didn’t give three examples, they would repeat the question and emphasize “three examples”. If I was going off on a tangent, they would repeat the question and emphasize “building systems and methods”.

The difficulty is you can not read the questions or take notes. , which for some of us, really makes a difference. Also, they can not expand on the question, only repeat it (as noted above). I had schedule about an hour and half for the exam but took about an hour and 45 min. I felt unworthy but remembered that the passing score was a lot lower than it is in college so there was hope. Either way, it was behind me and I would get the results in about a month – time to unwind, but first… 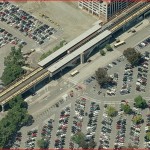 I have to get home. As I stated in the beginning of this post, I planned to fly home the same day. That was before I learned the BART is not so fast and neither am I. So I don’t have to wait long to board the BART train but it’s still going to take some time to get back. Plus, I need to transfer to the tram and make my way through security, and board the plane. My flight was at 6:00pm, the exam ended around 4:30, BART takes about an hour, so…

As I watch the various station stops slowly pass by, I begin To realize, I’m not going to make it. I try to call Julia but its hard to get reception when you’re underground so much. Eventually I get a message from her telling me my flight had been canceled and was wondering what that means (remember, she’s picking me up). So this is actually good news. I may actually get home tonight without spending more money (remember that later flight my friend was talking about). Sure enough, I don’t get to the check-in counter untill about 6:15 but am given a boarding pass for the later flight. 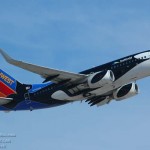 You know what this means? I get to eat. You may have noticed that I missed my lunch meeting with Sam and didn’t mention eating anytime after breakfast. I don’t have a lot of time and my choices are limited but eventually I settle on a place that has some nice looking meals – and a line. I get a nice sandwich and scarf it down so I can get in line to board my flight. This time I’m even farther back in the boarding sequence so abandon all hope of that extra legroom I so desperately need.

As I make my way down the aisle, I see that same woman from this morning, seating in almost the exact same seat, and there’s an opening on the same row (opposite side). As I approach, she waves hello and practically yells out, “hey, she’s a structural engineer” as she points to the young woman who will be sitting next to me on the flight home.

This turns out to be a great flight home as “Kristen” and I share my day’s adventures and talk “shop” about the building industry. The time just seemed to fly by and before I knew it, I was horse from talking so much and toughing down back home. 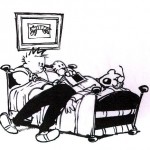 So a few weeks back, I got my results and I missed it by that much. Sad, deflated and annoyed, I quickly signed up for the next available exam. Bad news, the first choice on the list is February in Northern California, the good news, a second chance to meet with Sam. And this time I will stay the night.

Unfortunately, that won’t happen either as I just got my confirmation and I’m scheduled for the May exam in Southern California. But this way, I won’t have to travel. In the mean time, I think I’ll get my Arizona License and study for the LEED accreditation.

3 thoughts on “Walnut Creek or bust”