The Secret Language of Babies 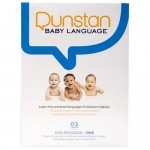 For millions of sleep-deprived mothers around the world, this woman’s findings could be a miracle! Priscilla Dunstan, a mom from Australia with a special gift, says she’s unlocked The Secret Language of Babies.

When Priscilla was a toddler, her parents discovered she had a photographic memory for sound. At age 4, she could hear a Mozart concert on the piano and play it back note for note.

Priscilla says her gift has helped her hear a special “second language” beyond English, allowing her to detect moods and even diagnose illnesses! “Other people might hear a note but I sort of get the whole symphony,” Priscilla says. “So when someone’s speaking, I get all this information that other people might not pick up.”

That mysterious second language took on an astounding new meaning when Priscilla became a mother to her baby, Tom. “Because of my gift for sound, I was able to pick out certain patterns in his cries and then remember what those patterns were later on when he cried again,” Priscilla says. “I realized that other babies were saying the same words.”

UPDATE: We got this DVD and were really excited about using it to be more responsive to our son’s needs. Unfortunately, he didn’t speak Dunstan’s language, or at least not her dialect. But despite this setback, our son managed to turn out OK. We figured out his needs on our own. It helped that he was a pretty content baby to begin with. Even when his teeth would come in, he only complained mildly – what many parents would describe as a “good day”. If you’re still interested, you may want to consider The Secret Language of Babies The Body Language of Little Bodies.

3 thoughts on “The Secret Language of Babies”