I wasn’t planning to watch this new series but then I reconsidered. 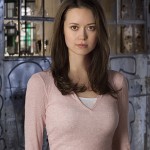 From the creators of “Terminator 3: Rise of the Machines,” this series (The Sarah Connor Chronicles) is set after the events of “Terminator 2: Judgment Day.” After the sacrifices of Dr. Miles Dyson and T-800 Model 101 Terminator, the Connors find themselves once again being stalked by Skynet’s agents from the future. Realizing their nightmare isn’t over, they decide to stop running and focus on preventing the birth of Skynet. With the aid of Cameron Phillips, a beautiful girl who has a mysterious past also linked to the future, they begin a quest stop the United States military from creating the program that will bring humanity to an end. Written by Ron

In case you didn’t know, I’m a big fan of the Firefly and Serenity series/movie franchise. one of everyone’s favorite characters is River Tam played by Summer Glau. And from the previews, her character in The Sarah Connor Chronicles looks to be potentially as exciting. 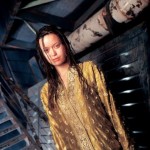 River is the teenage sister of Dr. Simon Tam, both of whom take refuge aboard Malcolm Reynolds’ Firefly-class transport ship known as Serenity. She is considered a child prodigy, intelligent beyond her years and athletically gifted.

Glau was classically trained as a ballerina and also studied tango and flamenco. A professional dancer since age 12, Glau relocated to Los Angeles in 2002. She appeared in a few television commercials, but Glau’s first television credit was a guest role as a ballerina on the 2002 episode “Waiting in the Wings” (episode 3×13) of the television series Angel. There she caught the eye of producer Joss Whedon, who later cast her in Firefly as River Tam.

Summer Glau won the Saturn Award’s Best Supporting Actress for her role as River in Serenity in May 2006. Glau was also runner up for Best Actress/Movie in the SyFy Genre Awards for 2006