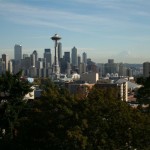 I meant to write about this when it happened. In fact, I meant to blog about it as it happened unfortunately, I was having such a good time that I never got around to blogging about any of it. I didn?t even take notes. I did take pictures. Lots and lots of pictures. In fact, at the end of the day when we were sitting around relaxing from that day?s adventure, we were downloading pictures, editing them and uploading them to the Gallery. So I?ll probably have to go back and reminisce about our trip by looking at the pictures. So if you?ll excuse me a moment, I?ll be right back?

Ok, that was great. The first thing I did was remember that I had tried to blog about my trip while on my trip but the site crashed before I could save or post anything so I gave up in frustration and watched a movie or something. I also went back and re-read my posts leading up to the trip and decided I would start there and tell you which of the suggestions I did and how we enjoyed it (or not).

Of course we went to Mars Hill Church, twice. Since our trip spanned two Sundays we had a chance to go to a morning service and an evening service. What an experience. And I don’t mean exerience like you find at those event churches but rather to see how a church that is so much like ours (only bigger) deal with some of the challenges they face because of their size.

But what are some other sites and attractions that are a must see?

Here are the suggestions so far…

We did. It was kind of neat to see this sculpture but I think what was coolest about it was how you could just pull your car over and climb all over it. No special setting or baracades or “no climbing” signs anywhere. Just a piece of urban artwork that is clearly meant “for the people”. Plus it’s located in an “out-of-the-way” location which makes it feel more like a hidden treasure than a corporate icon.

space needle – i believe you can get a drink in the restaurant and it will save you the cost of buying a ticket to the observation deck.

Nope, didn’t do it. It was on our list and we were in the area and even planned on having dinner but it costs you to ride the needle unless you buy dinner but dinner has a minimum purchase price which was well outside our cmfort zone. So we went to The Keg instead – now that was awesome (more later)

snoqualmie falls – it may be a little wet/cold out this time a year, so pack a rain coat.

We actually went here first on our trip. It was supper foggy and we couldn’t even see the falls from the observation deck but we waited a litle bit and it started to clear. We decided to hike down to the bottom since it’s only one and a half miles and by the time we got to the botttom, it was perfectly clear. We really enjoyed the hike too – that is until we had to hike back up the trail. Beginers should pack light and bring lots of water – nuff said.

This is a longer list of suggestions but we did manage a few of them. Drove past Lenin’s statue but missed Bruce Lee’s grave and Kirk Cobain’s house (AFAIK). Same with Bill Gates’ house but we did drive by Microsoft. We did most of the rest but I’ll get into the details later.

Well, my “must see” list is the Space Needle and Pike Steeet Market and Archie McPhee’s.

Pike Street Market – Home of the first Starbucks (founded 1971) and the world famous “fying fish” (the fish mongers in the market throw the fish all over the place when an order is placed). It’s basically a lage market with a cool feel.

Skipped the Needle but we did go to the Market, saw the First Starbucks, and the “flying fish”. It’s neet and you can get some great deals on flowers but overall I wasn’t impressed. Maybe it’s because I’ve seen that type of thing before and too many stalls reminded me of the venors at the local swap meet. Not too many unique items that made it seem “authentic”.

If you have room in the budget for a super awesome meal, Anthony’s Pier 66 is something I wouldn’t miss.

Seconded on Pike’s Place Market. Somewhere in there is an amazing little shop that sells soup and fish sandwiches, both are really good. I forget the name but it’s directly across from Uli’s, a sausage shop.

Didn’t fit Anthony’s into our schedule (or budget) but I think it will make the itinerary for our next trip, especially now that we’re trying more fish in our diet. Didn’t look for the other place since we weren’t hungry while at the Market. We did enjoy some fancy treats from one of the shops but that’s different.

I’ll add some more detailed posts and pictures later but this should get you started and keep you occupied while I upload more photos.

2 thoughts on “Seattle is Great”