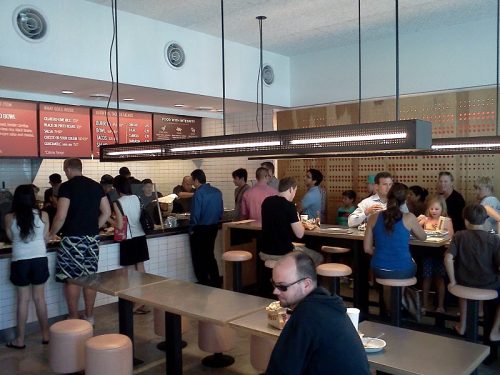 Adelanto, CA – Last Sunday Jose Manos was shocked when his offer to pray for his pastor was met with resistance. Claiming he was just tired, Pastor Wade thanked Jose and encouraged him to pray for those with real spiritual needs.

Pastor Wade McDonald, father of two young boys and ameture disk golfer was grateful for the concern but explained that spending 15 minutes looking for spiderman shoes that your 3 year old insists on wearing that day would make anyone look weary and defeated.

But Jose, a self proclaimed “Pray Warrior”, wasn’t buying it. “I’ve seen that look before, that’s the look of a man who’s losing hope and on the verge of questioning his faith” He then pointed out several people in line at the Chipotle where they had gathered to meet for lunch had similar far-off looks of doubt and indecision. “This whole community needs my help and if they won’t let me pray with them then I’ll pray for them. Jose then proceeded to set up an “Unspoken Prayer Request” update to the church’s unofficial Prayer Warriors Facebook Group and tagged everyone in the prayer chain. His third such request this week.

“Honestly I love Jose’s zeal for prayer but sometimes it can be a bit much. Just last week he sent an all points prayer request when he found out our music leader had to return some shoes that were the wrong size. I’m mean seriously, she had a receipt and a good return policy to back her up. I don’t think she needed spiritual support for it.” Pastor Wade explained.

When asked to respond to Pastor Wade’s comments, Jose was unreachable as he was praying for the customer in front of him who was having a hard time deciding which salsa to add to their Fajita Burrito.

Pastor Wade sent a followup email to let us know the music leader return was successful and she was able to get the shoes she wanted. Jose updated his Facebook post with “Your welcome” [sic]