My collection is nearly complete 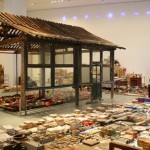 So one thing I’ve been wanting to do is create a catalog of all my movies and books so that I could identify any items that were missing or share which items I had to loan out. Unfortunately, its no easy task. I started by adding items to my Amazon aStore but that wasn’t very user friendly as it only showed 9 items at a time. The advantage to this was that I managed to build up my collection using ASIN numbers. Problem is, this is exclusively used by Amazon. So when I started looking for a program to create a proper catalog, I only found one that could import ASIN. MediaDB by William Lee Sims was a god-send. Not only was I able to generate a catalog of DVDs, but it grabbed various data (including a picture) and could be exported to an .html or .csv file.

The downside of MediaDB is that it isn’t as versatile as I would like and doesn’t include a description. Don’t get me wrong, it is very versatile, it just didn’t let me customize the display/output the way I wanted. Nothing I couldn’t fix by editing the .html file but I still wanted something a little more user friendly. That’s when I turned to Amazon’s Your Media Library (YML).

I’ve tried using Amazon’s YML before but importing DVDs was just as time consuming (if not more) and couldn’t be exported. But now I had a .csv file which I could use to quickly add items to YML*. Except YML kept saying You got an error son!. (double punctuation and all). So I did the next best thing, I cheated.

Since I had a file that listed all the ASIN numbers (thank you MediaDB) I simply copied that column of numbers and pasted them into the “search” field for adding to YML – all of them, all at once. Success! With the exception of a couple items which dropped the leading “0”, everything went swimmingly.So now I have a DVD database on my computer and an online library linked directly to Amazon (handy for getting more info).

Next step, add books and music to both lists and look for ways to make a handy printed version of my collection for quick reference. This all would have been a bit easier if I had a webcam or if YML had an Android app but I managed just fine.

2 thoughts on “My collection is nearly complete”