Jesus was a Good Teacher 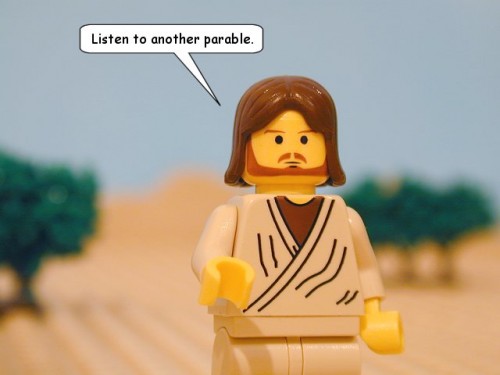 Challenge: I believe Jesus was a moral example and a great sage and teacher.

Response: …who sagaciously taught that He was God incarnate, the only sufficient sacrifice for man’s sins, and the only mediator between God and man; who made worship of Him as God a moral imperative; and taught that anyone who doesn’t believe in Him, and believe all those things about Him, is going to Hell? Hey, yeah! Me too!

And Barbara replied with this:

“I am trying here to prevent anyone saying the really foolish thing that people often say about Him: ‘I’m ready to accept Jesus as a great moral teacher, but I don’t accept His claim to be God.’ That is the one thing we must not say. A man who was merely a man and said the sort of things Jesus said would not be a great moral teacher. He would either be a lunatic – on the level with the man who says he is a poached egg – or else he would be the Devil of Hell. You must make your choice. Either this man was, and is, the Son of God: or else a madman or something worse. You can shut Him up for a fool, you can spit at Him and kill Him as a demon; or you can fall at His feet and call Him Lord and God. But let us not come with any patronizing nonsense about His being a great human teacher. He has not left that open to us. He did not intend to.” – CS Lewis, Mere Christianity

And yet there are some mis-guided souls who go so far as to contend that Jesus of Nazareth did not exist as a historical person and that the Jesus of earliest Christianity is a mythological being to whom earthly events were later attached –despite the evidence.