How do you wrap wood? 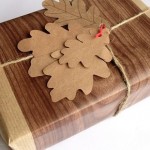 Hard to believe but it’s [only] been five years since Julia said “I do”. I was looking back on my last anniversary posts and mentioned how it seemed like we’ve always been married. But I think that’s the point – we have. Not in a literal sense but in that we were created by God for each other and “the two shall become one”. So it’s no surprise that we would know each other so well and feel so connected. Of course, every married person knows this and every single person thinks it’s clich?. But it’s true no the less.

We’re both pretty low-keyed people and have a child, even one as easy going as Corbin, makes getting away and celebrating a little more difficult. And with the Gift giving season coming up and a second child on the way, money and time were too valuable to waste on ourselves. besides, we’re thinking of going to Disneyland for our birthdays.

So we kept it simple. After Corbin’s nap, we dropped him of with our friends and hit the town. And by town, I mean the San Diego Zoo to take child free pictures followed by a trip to Red Robin for dinner (and cruising the mall). May not sound like much but but when you love photography like we do, it was perfect. So was dining alone. Anyway, we had a good time and love each other as much an anyone could love another. Yes, another clich? but you have see how people love each other, not read about it.

One thought on “How do you wrap wood?”