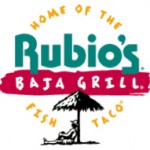 If you’re a long time reader of mine (and who isn’t) then you may remember my whole issue with Rubio’s Fresh Mexican Grill. If not, catch up here. Basic recap, they call you by name when your order is ready. Problem is, they screw up my very simple name almost every time. So I started using different names to see what would happen.

I’ve used many a name since I began this endeavor and seen some strange result. Once, I was Jose but it turned out that I was really “Joce”. I was Esteban once but I felt bad because the guy behind the counter started to reminisce about an old friend by that name he hadn’t thought about for a long time. I didn?t have the heart to tell him I was lying and just hoped he didn’t see my real name on my credit card when I paid.

So after a long sabbatical, I finally returned to Rubio’s and once again, I panicked and gave them a very simple name rather than something strange and unusual. Now I don’t want to give anything away so here’s what my receipt said…GEORSH. Apparently, I need to work on my enunciation because whatever I said obviously sounded like Georsh. That’s even stranger than when Clyde became Clint. At least Clint is a real name. If I were to guess how they would screw up the name I gave them I would expect to see Jorge or maybe Gorge. Oh well, maybe next time. If you haven’t guessed it by now, the name I gave was George.

I think it’s time to start using girl’s names or made up sounds or household items. “That’s two bean burritos for Toaster. Toaster, your order is ready”