Google takes a stand – sort of


Official Google Blog: Our position on California’s No on 8 campaign 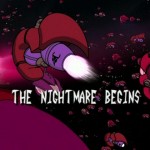 Google has come out with an official company position regarding Proposition 8, which is fine to do but – when they do, they should actually explain their position.

When Proposition 8 appeared on the California ballot, it was an unlikely question for Google to take an official company position on.

However, while there are many objections to this proposition — further government encroachment on personal lives, ambiguously written text — it is the chilling and discriminatory effect of the proposition on many of our employees that brings Google to publicly oppose Proposition 8.

I understand how many people (including my loyal reader) feel there is nothing wrong with homosexuality and therefore should be free to marry. Fine, we can discuss that issue separately but to make the claims Google has stated on their site leaves something of a giant question mark.

Second, I don’t see what’s so ambiguous about the text. Read it in its entirety below: 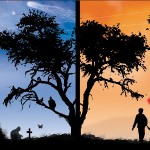 Third, “the chilling and discriminatory effect” is a bit dramatic considering that Prop 8 does nothing to overturn the rights of Domestic Partners. But some would point to “separate but equal” which wasn’t very equal – as bad policy. But this is only different in name like you can’t call a girl a boy and vise vesa.

But many will argue, “there should be no difference”. This is a matter of opinion and personal values. For many who oppose gay marriage, its akin to legalizing sex with minors and animals. Those who support it see homosexuality as equal to being straight. This again, is a different topic.

What I find interesting is how Google, with its previous stance on personal rights, has decided to take this stance, now.