Some people will do anything for their health. Others will sell you anything to improve it. While this may seem to be an ideal situation, the reality is far from it. 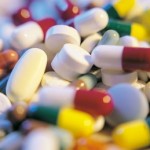 The methods, claims and results of a large number of supplements is reminiscent of snake oil salesmen of the 1930’s. While it’s true that there’s usually some medicinal qualities to the product in question, as the old adage says, if it sounds too good to be true… it usually is.

Let’s take Proargi 9 for example. A google search will yield a lot of results. Most of which are very glowing reports of what it can do for you, including such claims as improving cardio-vascular health, increasing nitric oxide and sexual function benefits. Some pages claim that if you take the pills at a different time, you will see anti-aging results. At the time of writing, these type of results fill the first 50 google pages, after which it starts into non-English languages. 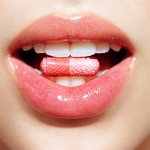 Not surprisingly, most of these pages are constructed in very specific way. You’ll see the words ‘Proargi9’ more often that one would think is reasonable. One page I’m looking at lists: ProArgi9… Benefits, …Caution, …Directions, …Ingredients, …Nutritional information, …Suggested Serving, Top 10 benefits of ProArgi9, How to get the Benefits of ProArgi9, the accompanying text, and not much else ? except perhaps links on where to buy it.

Why does it do that? Quite simply, it’s the dark side of Search Engine Optimization. Construct a page that has a singular purpose, an overuse of keywords and plenty of links to similar pages, it will float up to the top of most search engine results ? at least temporarily. Quite shortly after, the glut of these sites will be banned. It is a continuing arms race between the sites and the search engines. 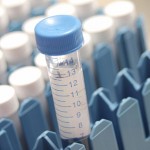 What’s actually in these pages? A lot of semi-true information. It cites a 1998 Nobel Prize in medicine as ‘proof’ of it’s claims. What it doesn’t say is that it was an award for discoveries concerning nitric oxide as a signaller ? nothing to do with the supposed health benefits. The most touted active ingredient is l-arginine which, as noted earlier, does have some medicinal properties. That proves to be something more worthwhile to look up. You’ll see what they don’t tell you: Most people produce enough in their own bodies, and if they can’t, it’s readily available in many foods ? including but not limited to – dairy products, beef, pork, poultry, seafood, wheat germ, flour, granola, nuts and seeds. Of course, the manufactures would have you believe that their combination of ingredients and riders can ?unlock it’s awesome potential?. In the same breath they say that every other formulation is garbage – if not downright dangerous. Remarkably self-serving, isn’t it? 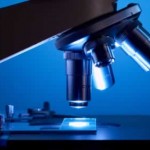 Just as important is what it leaves out. Wikipedia and HowStuffWorks both list a number of well-cited side effects. As the FDA doesn’t regulate herbal supplements the to the same degree as pharmaceutical drugs, it’s buyer beware.

Considering the underhanded tactics used to advertise, the strained credulity of many of their claims as well as the exorbitant price, I’m going give this stuff (and many, many things like it) a wide berth.

This article was written by regular commenter (and good friend) Adonis after learning (on FB) that someone he knows is now a distributor for the aforementioned “product”. Please take a moment and visit his site to learn more about Photographs and Photochops. He really knows his stuff and knows how to explain it to us mere mortals.