If I wanted to be dizzy, I’d go back to Disneyland. 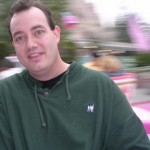 Work was driving me crazy. About a year ago I was put in charge of two projects. A big step for me in my career. Up until then, I had only been working on someone else’s projects. But now – now I was in charge – and I was going to rock! You see, I don’t know everything (yet) so running these two small projects were going to be a great way for me to learn the aspects of the job I had not yet encountered. The were what we call reuse projects which means we’ve done them before so all we need to do is change the name and north arrow and we’re done (of course it’s not quite that easy but you get the idea). The problem is that the scope of work on my projects ballooned and then I in herited a third project that was in very bad shape. I mean bad shape. First, it was managed by two different Project Leaders before me, neither of wich wors for us anymore (nor does the only drafter to have worked on the project). Plus, both the Civil engineer and Plumbing engineer were no longer with their companies. So half the current project team had no idea what was going on with the design when I took the reins.

Now I find myself having deadlines for all three projects hitting at once. What was supposed to be a “cake walk” turns into a real nightmare. My one drafter was pulled from my project two weeks before my BIG deadline to help on another project that was abandoned like mine which is in even worse shape. So I’m rushing around trying to meet these deadlines, by myself, while trying to learn everything that I’m supposed to do. It’s called “Trial by Fire” and I don’t recommend it.

I did all I could do and asked my wife to keep me in prayer. She of course did more than that. She pointed me to the Word. 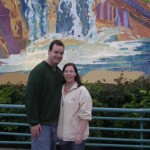 Romans 8:28 We know that all things work for good for those who love God, who are called according to his purpose

I realized that all my franticness was not going to make it better. I had to trust in God to provide me with the tools and experiences that He willed for me in my life. After all, I’m the last person whoo should be in charge of my life. But God is perfect and His will is too. Even if I failed, it would be for His glory and I would be blessed by it, like that time I got fired – or that time I had to give up my Paper route – talk about “Praise God” – wow! (I’ll have to tell you about that one some time)

So back to my story…I accepted the fact that I would get done what I get done when I get it done. It would have to be good enough. Well, suddenly the pressure started to ease. One deadline started to push (moved to a later day) and the work I need to do on the other job was becoming easier and smaller. I still have lots to do but it all seems so managable now.

But I must admit, I was really wishing I was back at Disneyland. At least there, getting dizzy is a good thing (sort of)