Christmas Posts from the past

Since I’ve been at this blog thing long enough to have seen a few Christmases, I thought I’d share some of my best Christmas posts of the past. 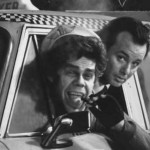 Xmas (or X-mas) is an abbreviation for Christmas. It is derived from the word ???????, transliterated as Christos, which is Greek for Christ. Greek is the language in which the whole New Testament was written.

I really don?t have anything to add to this but in case you haven?t seen this (this year) now?s your chance. Swing on over to everybody?s favorite holiday song/video and have a nightmarish good time

Christmas music is a serious matter. A good Christmas song can last the ages – so can a bad one (see Star Wars Christmas). One of my favorite albums is Edge of Christmas which includes ?

20 ways to make yourself the least popular person in the room December 6, 2006

?Tis the season for love, cheer and goodwill toward men. So they say. The reality is that expectations are unattainably high ? for mood, for behavior, for warm, fuzzy family togetherness, for the joy and wonder we?re supposed to feel and spread all around. For most folks, that?s more than a tall order ? it?s a setup! Something?s bound to snap.