Children of the Atom

The name “Children of the Atom” is also often used in connection with the X-Men. 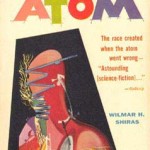 But Children Of The Atom

is the 1953 science fiction novel by Wilmar H. Shiras (originally published by Gnome Press), which has been credited ? though never officially confirmed ? with providing the inspiration for Stan Lee and Jack Kirby’s world-famous comic book creation, The Uncanny X-Men.

Wilmar House Shiras was born in 1908 in Boston, Massachusetts, where she spent her formative years before moving west to attend the University of California at Berkeley. After completing four years of graduate studies in history, she settled in the neighboring city of Oakland with her husband Russell, where they proceeded to raise five children. It was for her family’s entertainment that Shiras first began to create stories.

In 1948, at the insistence of her small but loyal audience, she submitted the story “In Hiding” to editor John W. Campbell, Jr’s groundbreaking magazine Astounding Science Fiction, which published it in that year’s November issue. “In Hiding” proved to be one of those rare works with which readers felt a deep identification, and over the next two years Shiras built on her success with the sequels “Opening Doors” and “New Foundations” (both also published in Astounding Science Fiction). 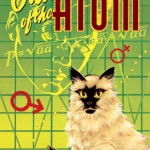 Those three pieces became the first three chapters of Children of the Atom, published by Gnome Press in 1953. Over the decades that followed, this eloquent portrait of gifted children confronting a hostile world proved itself to be an enduring classic. And although it was to be the only book that Shiras would publish in the genre, Children of the Atom has earned its author an honored place among science fiction’s pantheon of creators — in 2002, the Science Fiction Book Club named it one of the Most Significant Science Fiction & Fantasy Books of the Last 50 Years. Shiras passed away in 1990.

In the novel, much of which was originally published in serial form in Astounding Science Fiction magazine, hidden throughout a future America of 1972 are a group of incredibly gifted children ? all approximately the same age, all preternaturally intelligent, and all hiding their incredible abilities from a world they know will not understand them. 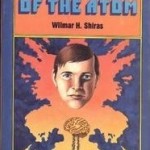 These children were born to workers caught in an explosion at an atomic weapons facility, and orphaned just a few months after birth when their parents succumbed to delayed effects from the blast.

Like the characters in the better-known X-Men series, these children are mutants, brought together to explore their unique abilities and study in secret at an exclusive school for gifted children, lest they be hated and feared by a world that would not understand them.

3 thoughts on “Children of the Atom”