Prego of Rustbelt Ramblings has decided who would best play him in the Movie version of his life. Not to be out done, I thought I’d share with you, my loyal reader (not a typo) just who should play me in the story of my life. 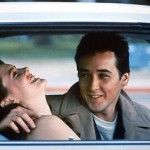 First, we need to have the young me. The twenty-something young stud that, despite not having a clue, thought he knew everything he needed to know – emphasis on “needed to”. Now, you’ll have to use your imagination a little bit but think back to 1989 and the Movie Say Anything. There, you’ll find my doppelganger John Cusak as Lloyd Dobler, a noble underachiever who falls in love and wins a beautiful valedictorian the summer before she goes off to college. “To know Lloyd Dobler is to love him. Diane Court is about to know Lloyd Dobler”. Here, John is a perfect me. Older than Better Off Dead yet younger than Grosse Pointe Blank. 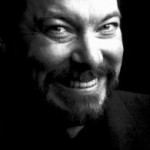 For my later years (aka right now) the choice is obvious. No single person could portray me more accurately then the one, the only, William Riker. That’s right Jonathan Frakes is the ideal actor to play the mature, distinguished gentleman that I am today. This isn’t the best photo of Mr. Frakes but it best illustrates the strong resemblance. If you met me in person it may be easier to see the similarities but then maybe you’d see how wrong I am about this. I did notice that when I made my Mii character on my friend’s Wii system, I looked even more like Jonathan than I had realized.