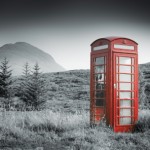 Update: I finally called the number back to see what I could learn. Turns out the that when i call I get a message that states “Cox Communication San Diego Federal” and then goes on to say something like my number, the number I called, and then just rings for some time. So I called Cox Communications San Diego Federal. They were a little surprised about this. So they took my information and told me they would look into it. That is, they need to track down the department that number is for and see what’s going on with that number.

About 2 hours later, Adrianna called me back. She had talked with one of her IT telephone people and discovered that it was an auto-dialer number for their Credit Services Dept. But instead of connecting you with a service rep, it was connecting you with an unmanned phone line – thus the silence. At the time of our conversation, the issue had not been resolved but at least they were aware of it and could start working on the solution.

Now the Credit Services Dept. typically calls to discuss your account, status of payments and other such issues. So if you do get a call from 619-269-0041 you should call the Credit Service Dept at their correct number, 619-263-0736. I hope this helps.

Original Post follows…
Set to ignore. Do not call. 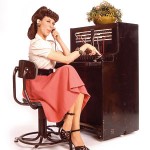 I’ve been getting hassled by someone calling me from the number above. The phone rings, I answer, nobody’s there. They call every few days and it’s the same thing. I’ve gotten to the point I recognize the number. So I took action.

Well, not so much action as a solution. I used to just send them straight to my voice mail, which worked out since they don’t leave messages either. But even just looking at my phone is a waste of time. So I came up with a solution. Custom ring tones. That way, I’ll know by the ring who it is and can ignore it right away.

So here’s the good news part. One of the custom ringtones I can use is “no ring”. Perfect. I won’t even know they called until I see the missed call message. Ideally, I’d be able to stop them from calling all together but until then, this will have to do. I did ask Verizon about this and this is their reply.

Thank you for contacting Verizon Wireless regarding your phone. My name is Robert, and I am happy to assist you.

I regret that due to the limitations of wireless technology, we do not have the option to block specific numbers from reaching your cell phone, short of changing your phone number. If these calls are producing only silence, they may have been produced by an autodialer for solicitation purposes. This sort of call can usually be blocked by including your number on the federal Do Not Call registry. To add your information, or file a complaint if you have already registered, visit http://www.donotcall.gov.

We appreciate your business and thank you for using Verizon Wireless products and services. Should you have additional questions or concerns, please reply to this e-mail.